The Chartreux is a very rare breed of French cats that are primarily characterized by their ‘smiling’ face and blue coats. This cat is very similar in appearance to the British Shorthair, and is a very old breed.

They are large by size and have a stocky, muscular physique, but with short legs. Their coat is water resistant, with breaks like sheepskin. Their face is round with orange to copper eyes, erect ears, and long whiskers. The tapered muzzles and the head-shape have contributed to give their face an appearance of a smile.

The history of this breed is very old, dating back to 1558, when they were mentioned for the very first time in a poem named ‘Vers Français sur la mort d’un petit chat’, composed by Joachim du Bellay. Further again, in 1747, the famous painting by Jean-Baptiste Perronneau ‘Magdaleine Pinceloup de la Grange’, where this cat has been shown as a pet. However, at this time, this was not a very common practice.

It was also believed that, these cats were descendants of the cats that belonged to the Carthusian monks. However, no such references or records have been found in support of this view.

Legend also says that, these cats were feral cats from the mountains of Syria that were reintroduced by the 13th-century crusaders, many of whom joined the order of the Carthusian monks.

It was in the 18th century that the first documented reference to this breed was found. Although the breed nearly went extinct after the World War I, it was because of the efforts of the breeders that saved these cats from going extinct. Wild populations were seen abundantly by the end of the World War II.

In 1971, Helen and John Gamon of La Jolla, California were the first to introduce these cats to the USA. It got the championship status for the first time by CFA (Cat Fanciers’ Association) in 1987.

The Chartreux is a feline with a sweet, gentle disposition that would always try to accompany its owner, and please him. It is affectionate, but never intrusive or sniffy like many other breeds.

They are extremely quiet by nature, as well as non-aggressive, and would usually sit silently for hours without a single ‘purr’ or ‘meow’. Some individuals are even completely mute. They would chirp, rather than mewl, at things they find interesting.

They are known for their dog-like behavior. They are good observers and would even learn to fetch balls and other small things, switch the radio button on or off, or to open screen door latches. Most of them would respond when called by their names.

The Chartreux is mostly a one-person cat that would follow its favorite person from room to room. However, they are loving and fond of all other members of the household. They are good with children and other pets of its family. They are playful and love to travel. This breed usually takes around two years to attain complete adulthood.

These cats constantly shed their dead hairs. During their shedding periods, use a hard bristle comb for combing them as and when required, so as to keep your room and clothes clean.

Breeders do not recommend brushing, since brushing can pull out the undercoat, giving the upper coat a spiky, unpleasant look.

If you would like to bathe your cat, be aware that, these cats are not much fond of getting wet.

Generally, these cats are a hardy and healthy breed. However, some lines might genetically develop possessing the recessive gene for medial patellar luxation, for an unknown cause. Dental problems might sometimes be a concern, like gingivitis, if you do not take enough care of their teeth. Get your pet checked by the vet periodically in order to be assured of its health.

No special training method has been recommended. You can train it like other general cat breeds. Train it to get accustomed to the general rules of your house and the basic cat-manners. However, being an intelligent breed at that, it would pick up anything interesting, if you can train it as a kitten. Teach your cat how to fetch things at your commands, and it would be fun to watch how obedient your cat can be.

The Chartreux is not a picky or choosy eater. It eats it all. But avoid spicy foods or frequent changes in dietary habits. This might make your cat’s stomach sensitive. Because premium kitten foods can be rich, it is suggested to switch to adult foods at age 4 to 5 months. Also keep an eye on your cat’s food intake lest it gets overweight very easily. Give them raw fish, chicken and meat, and other common cat foods, but it is wise to avoid a lactic diet. 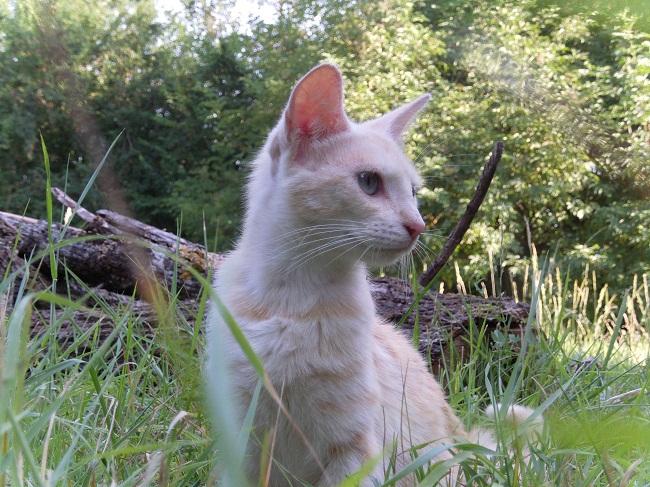 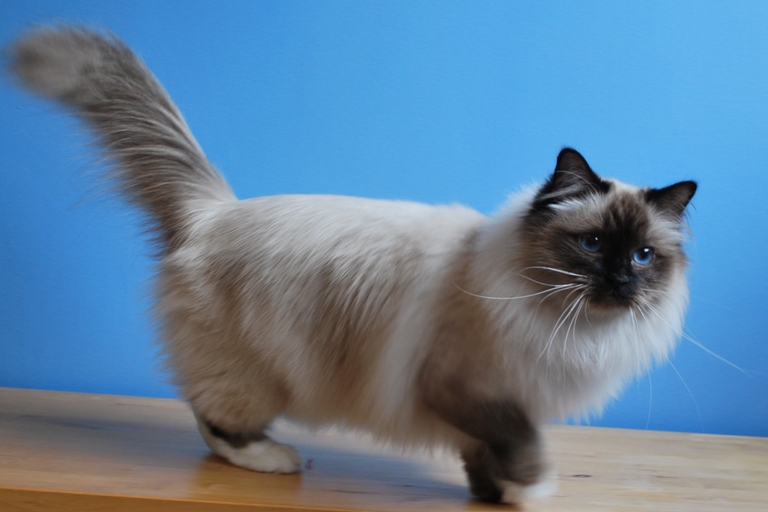