The Peterbald is a breed of domestic cat of Russian origin, created by mating a male Don Sphynx (or Donskoy) and a female Oriental Shorthair. It is known for its five distinctive coats including the bald, short fine hair only on the extremities and face, soft fine hair of varying length, coarse wavy hair of varying length, and a straight coat. It too has a slim, graceful body shape like its Oriental Shorthair parent and a more muscular stature. It is characterized by a long narrow head with almond-shaped eyes, large ears, a wedge-shaped muzzle, a long tail, and webbed feet with oval paws.

In 1994, Olga S. Mironova, a Russian felinologist experimentally bred an Oriental Shorthair (Radma von Jagerhov) and a Donskoy cat (Afinogen Myth) to create the first four “experimental” kittens, including the one named Nocturne iz Murino. This kitten later became the foundation stock of the Peterbald breed.

In 1996, the Russian Selectional Feline Federation accepted the breed with an abbreviation PBD; in 1997, The International Cat Association adopted it with an acronym PD; and later in 2003, the World Cat Federation with PBD. In 2005, the breed was granted Championship status by the TICA, and in 2008, the American Cat Fanciers Association accepted it for Championship competition.

These friendly and affectionate cats will keep their owners entertained with their playful behavior. The Peterbalds tend to be with their masters, following them around and helping them with their activities. Being sociable and inquisitive by nature, they are always happy to greet people at the door. They remain calm with kids and can mingle with other cats as well as dogs.

Since they are quite vocal, they will try to interact with their family members. Sometimes they might seek their owners’ attention by hopping on their lap, asking to be rubbed or caressed.

The Peterbalds have an unusual coat that is different from most other breeds. Some of them are born with curly coarse hair that gradually disappears as they reach adulthood. The time they take to lose their coat usually varies – some may lose it before 4 months while others may take as long as 2 years. Moreover, some Peterbald cats can retain their coat throughout their life. Those with the bicolored coat pattern, have soft, downy hair as the white part along with thin, guard hair as the darker part. Cats with the “straight coat”, although registered as Peterbalds, are not eligible for the Championship status.

Because of lack of hair, the Peterbald cat needs special maintenance and care. Apart from using soft cat wipes for regularly wiping down its skin, bathing on a bi-weekly basis is recommended to keep excess body oil from accumulating on its skin. Trim its nails twice a month. Occasionally clean its ears, nail beds, and webbed feet, because these areas tend to build up dust and dirt. Use heat mats, blankets, and cat sweaters to protect your pet from cold weather. Also, do not expose it directly to the sunlight, as it might give them sunburns.

No specific health issues have been reported until now. However, these cats might be susceptible to feline ectodermal dysplasia that may result in malformed teeth as well as lactation issues.

Like other energetic breeds, the lively and enthusiastic Peterbald enjoys plenty of activities. It has an eagerness to play and loves to spend time climbing cat trees and condos. Playing sessions with cat puzzle toys will stimulate its mind.

To inculcate positive behavior in Peterbald kittens, you need to start house training them shortly after their adoption. Always ensure that your pet trusts you. For this, you should be gentle, loving, and patient in your approach. Treating them harshly with excessive yelling and shouting might make them stubborn and overly aggressive.

Because of their higher rate of metabolism and characteristic hairlessness, they lose body heat and burn off calories rapidly. As a result, they need a nutritious diet to replenish their energy, as also to stay warm. While commercial dry foods should be given at all times, you should also give them wet foods combined with some spice-free pumpkin puree twice daily. You may mix raw turkey or chicken together with wet food. Moreover, fresh water should always be available to them. 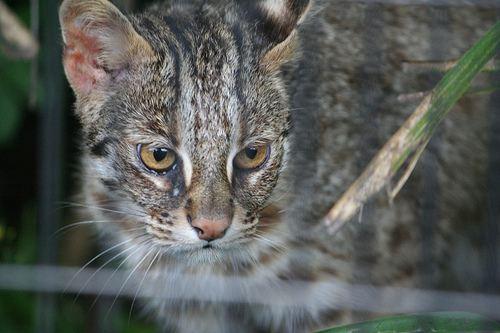