The Khao Manee is a very handsome and elegant breed of Thai cats with a long history. These felines are muscular and athletic built, and have exclusively pure white coat and blue eyes. However, odd-eyed Khao Manees are also not uncommon, and are much in demand as pets. Odd-eyed specimens have their one eye either green, or amber/gold. This breed has a medium size body and an average bone structure. The head is wedge-shaped, while their ears are erect and slightly large. The cat is considered extremely lucky in Thailand.

The Khao Manee is a very old breed of cats with its ancestry dating back to many centuries, and they are said to be bred by the royals from Thailand. Their primary identification is their white coat. With Thailand being a country that produced quite a few popular cat breeds including the Korat and the Siamese, this breed too finds an important place in the legend and history of Siam cats. The ‘Tamra Maew’, or the ‘Cat Book Poems’ also mentions this breed, along with other endemic breeds from Thailand.

In 1999, the first Khao Manee cat was introduced in the United States by Colleen Freymouth. Since their introduction to the US, the American breeders are dedicatedly working on the establishment of the foundation lines and the promotion of this feline. They are also relentlessly involved in acquiring registration acceptance through several cat associations with the breed gaining a “registration only” status from TICA in May 2009.

In Thailand, this breed is being promoted by the Thai breeders as well with an aim to uphold its breed standard and the lineage.

Chronology of Registration in USA

Being sociable and friendly, it is devoted to its owner and family members, and would curl up next to them to cuddle, or would just perch on their feet or shoulders. In fact, though they are not very demanding, but just love humans and their attention; so much so, that they would hang around your front door to greet your visitors.

Both the Khao Manee adults and the kittens are happy-go-lucky, with an active disposition, and would mix freely with your kids. They are also comfortable spending time with other pets, and, in fact, they might feel lonely being alone. So it is good to have one or two more cats. They are especially fond of interactive games like fetch. These playful cats love toys, and would also learn to fetch things for you in real life, like your water bottle, newspaper, balls, and so on.

You would often find the curious Khao Manees moving around your house, tapping on objects, climbing on a high platform or your refrigerator, investigating things around.

They do not have a double coat, and shed very little. A weekly brushing should be enough to keep the kittens and the adult Khao Manees clean.

Otherwise a healthy breed, they might develop general feline issues like allergies, fleas, etc. When you adopt a Khao Manee from a cattery/rescue/breeders, you might want to inquire about the health of the kitten’s parents.

Check their skin during adoption, and from time to time, especially around their ears, since breeds with white hair often develop skin cancer, especially if they are prone to frequently lie in the sun. Also look out for diarrhea or vomiting, if you discover your cat has lactic intolerance. In that case, avoid too much of milk products.

No breed-specific diet routine is recommended. Only regular cat diet is enough to keep your khao manee happy and healthy. But make sure your energetic cat gets enough nutrition, especially the kittens.

Differences: The Khao Manee vs. The Siamese

Although both the Siamese and the Khao Manee have a common background of their origination, it should be kept in mind that, the main differences between the two lie in their completely dissimilar bloodlines, genetic structures, and ways of breeding. 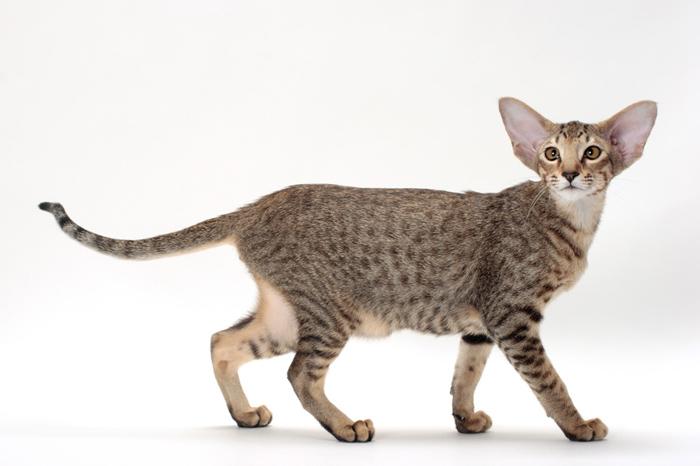